The Knights Temporal: 4 Years On

4 Years ago today was my dad's funeral. For the past few years on this day I like to post a few memories and reflections about him and our life together. The previous posts can be found here. 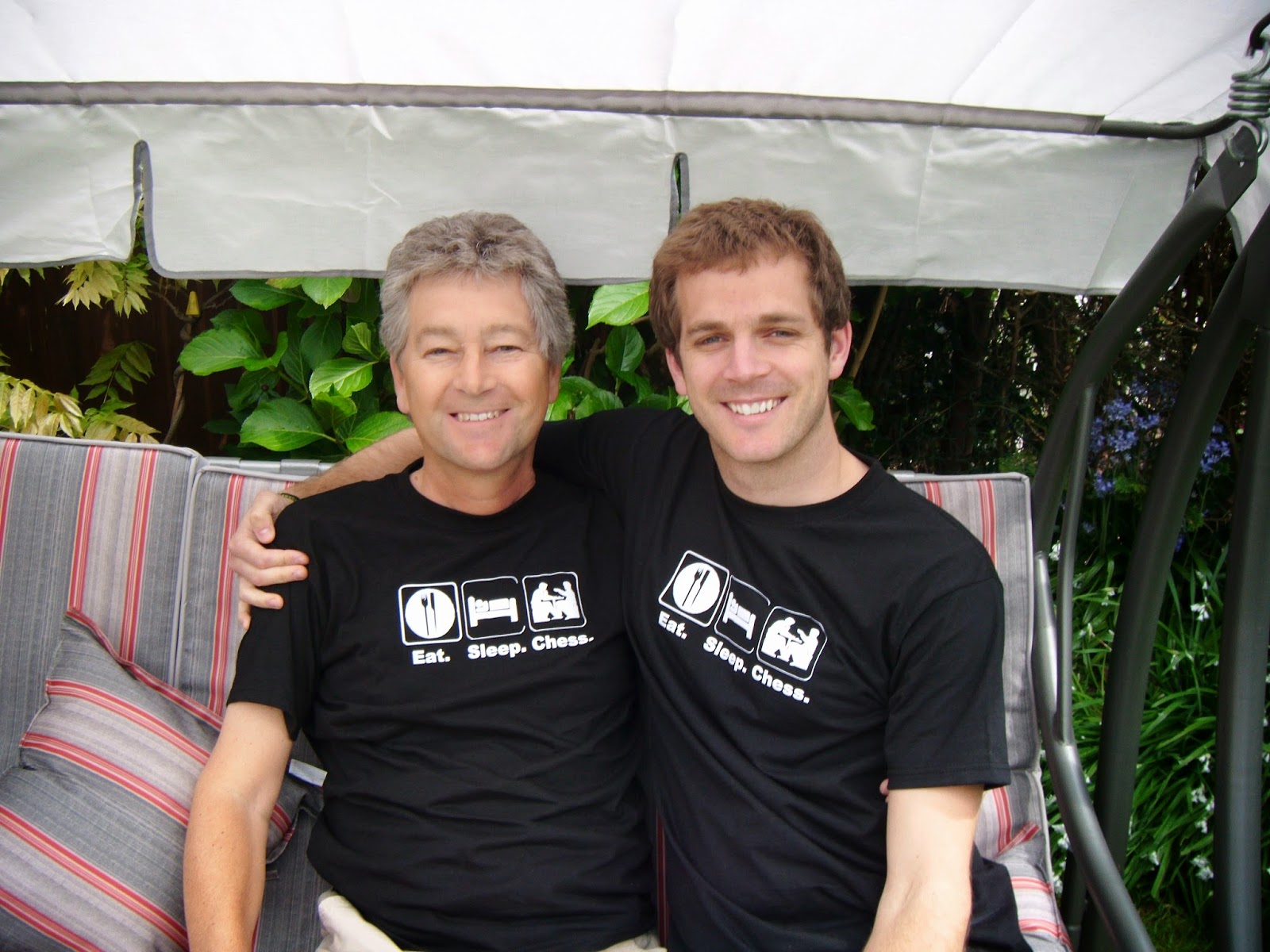 
Recently I've been remembering our games of chess together. My dad was good at chess since he was a good strategist, able to think several moves ahead. My dad rarely made any mistakes and he took great pleasure in reminding me often that chess is a game unlike any other, 'it's the only game in the world' he'd say 'where luck counts for nothing.' Which suited him to say since he won all the time.


He was right though, chess matches aren't decided by luck.

As a game, chess has sort of followed me around. Dad taught me to play when I was young and, to make him proud, I represented the local Cub Scouts in a regional tournament (I lost my opening game - pride should never be encouraged!). At Uni my housemates were keen players and after I moved to Eastbourne I found myself running lunchtime chess clubs at primary schools. Now aged 31 and living in Seaford my opposite neighbour loves the game and so we spend many an evening abdicating from parental responsibilities to do battle over the black and white. I'm still not very good, too prone to rash decision making. I  can still hear my dad reprimanding me after each careless move 'Think!' he'd say 'Think!'. I try - but then thinking has never really been my thing.

Some of my most precious memories are of playing chess with my dad over the internet. We'd each sit there with our boards in front of us and Skype one another, mirroring the moves on our respective boards. The last game we played together was in hospital on a phone app I'd downloaded. The last game we ever played, I won - at least that's my story and I'm sticking to it!

Before he died my dad made me a chess set.

On what was our last Christmas together he presented us kids each with a special and personal gift. Stuart and Becky both received a picture of some significant shared memory and I was presented with a handmade chess set, two Roman armies made from moulds one set white, the other red. Honestly it's the best gift I've ever received and it was a moving and special moment in the life of our family. I used the set in a talk I gave at church a couple of years ago, proudly displaying the pieces to make a point about finding God in difficulty.

A few weeks ago my boys were playing with the chess set when one of the pieces fell out of their hands and broke on the kitchen floor. The head of a Roman infantry solider, a pawn, rolled helplessly across the kitchen tiles. I felt bad. I felt like I hadn't shown proper care to a family heirloom. I felt as though I ought to apologise to my dad. I thought seriously about giving a child up for adoption. 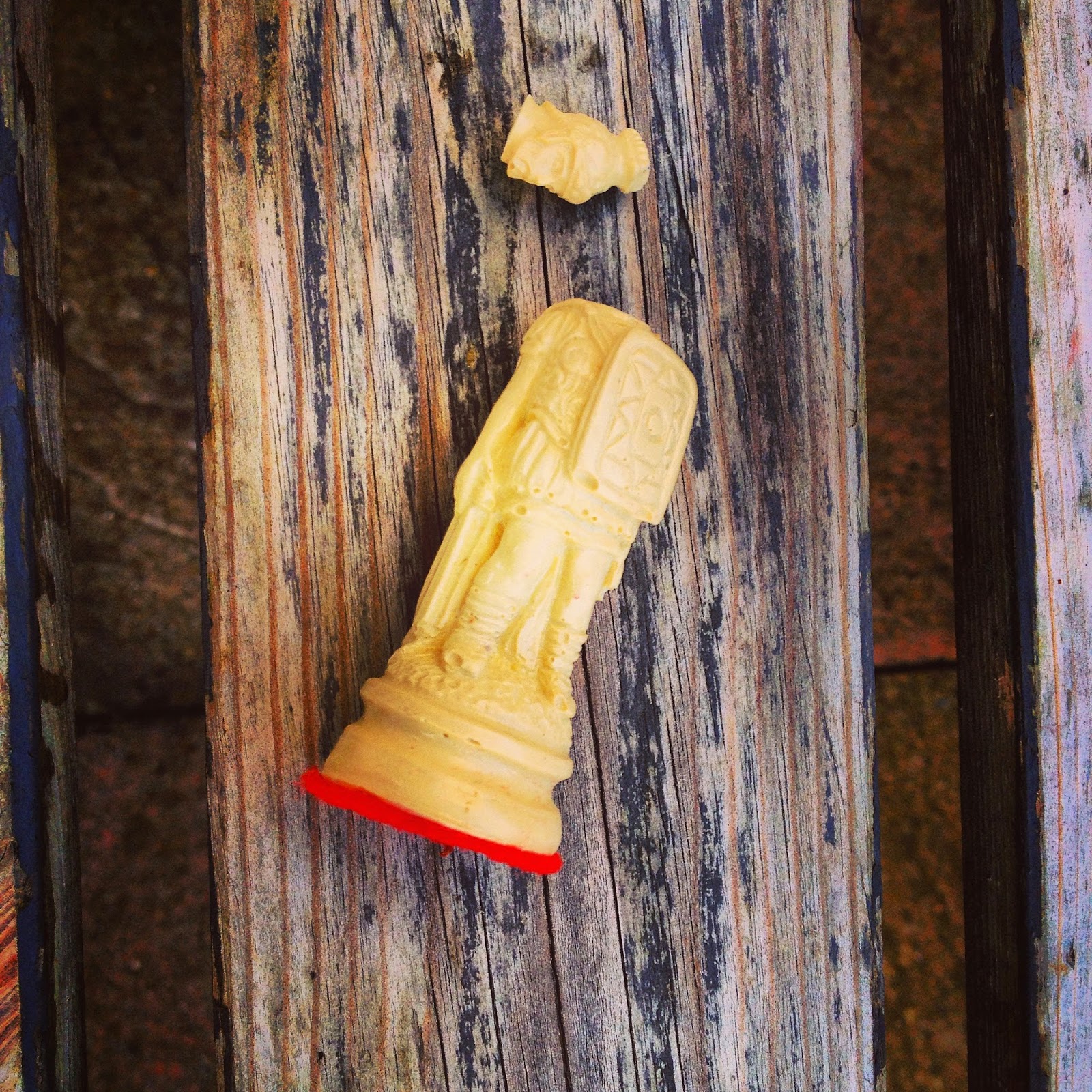 Chess can teach us a lot of lessons. I read recently about a man who teaches inner city kids life lessons by challenging them to games: 'you rushed and made a mistake.... you reacted in anger... you didn't think far enough ahead... you didn't protect the pieces most important to you...'

Apart from learning to keep the pieces up higher & out of kiddie reach, I learnt something significant that day. I learnt that superglue fixes things just fine and I learnt that what my dad had given me that Christmas was much more than a Roman chess set. He made for me a memento of our relationship and a reminder of our time together. Just as a wedding ring is an expression of a reality far more significant so with these chess pieces. By breaking one of the hallowed dad-carved pieces it stopped me placing the significance in the wrong place. What matters isn't the physical pieces themselves but the reality they represent. What is important isn't that I preserve those specific pieces but that I preserve the memory and carry on sharing the enjoyment of the game with my kids just as dad had done with me. By breaking a piece my son had actually freed the whole set up, enabling us to enjoy it together without it becoming a boxed up toy that's only good for stirring up feelings of nostalgia.

Riley and I played our first game of chess together on the set my dad made for me and he's been asking me ever since to play some more. 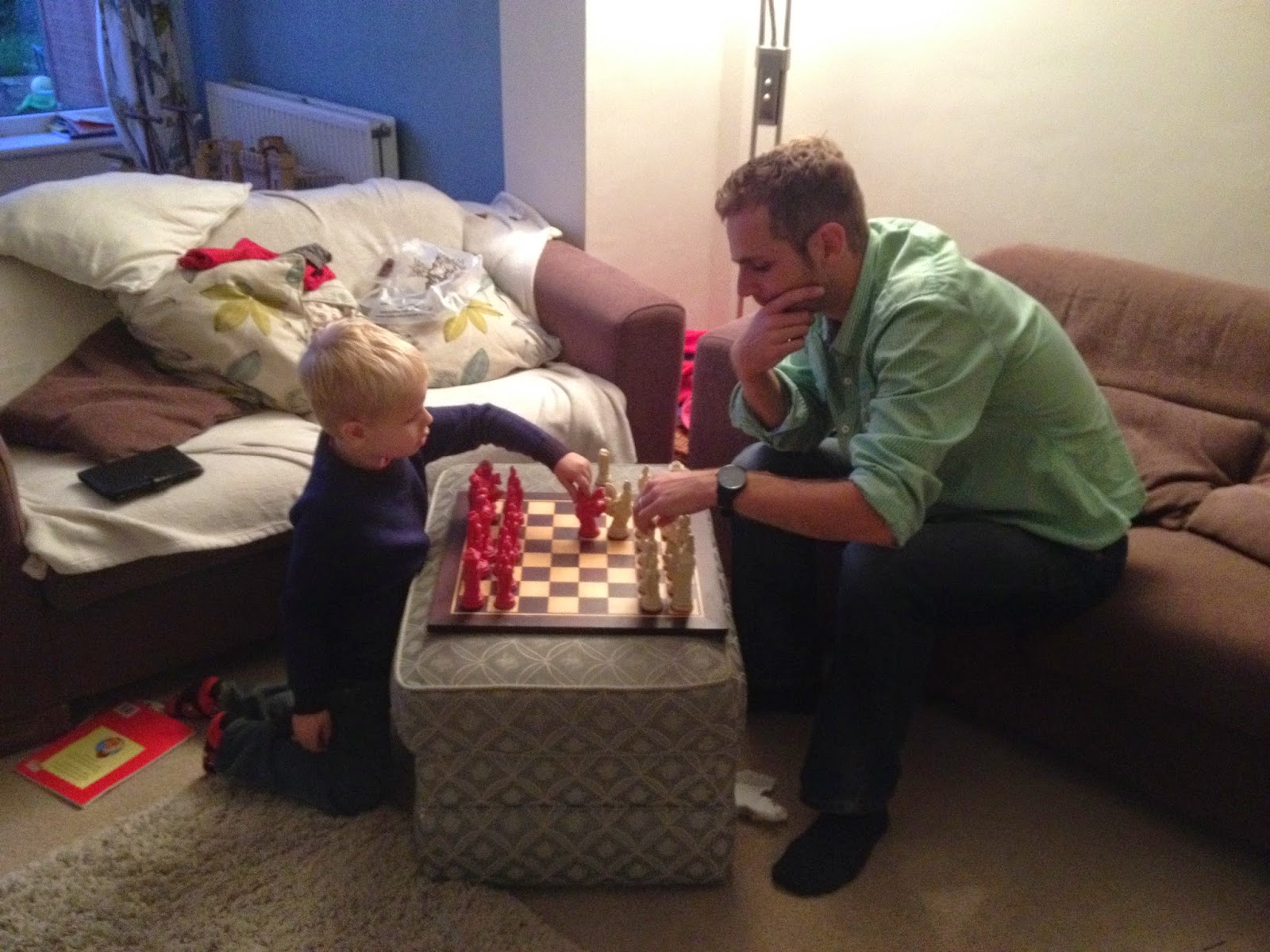 All of life is temporal whether it's the physical tokens we accrue or the personal experiences we live through. 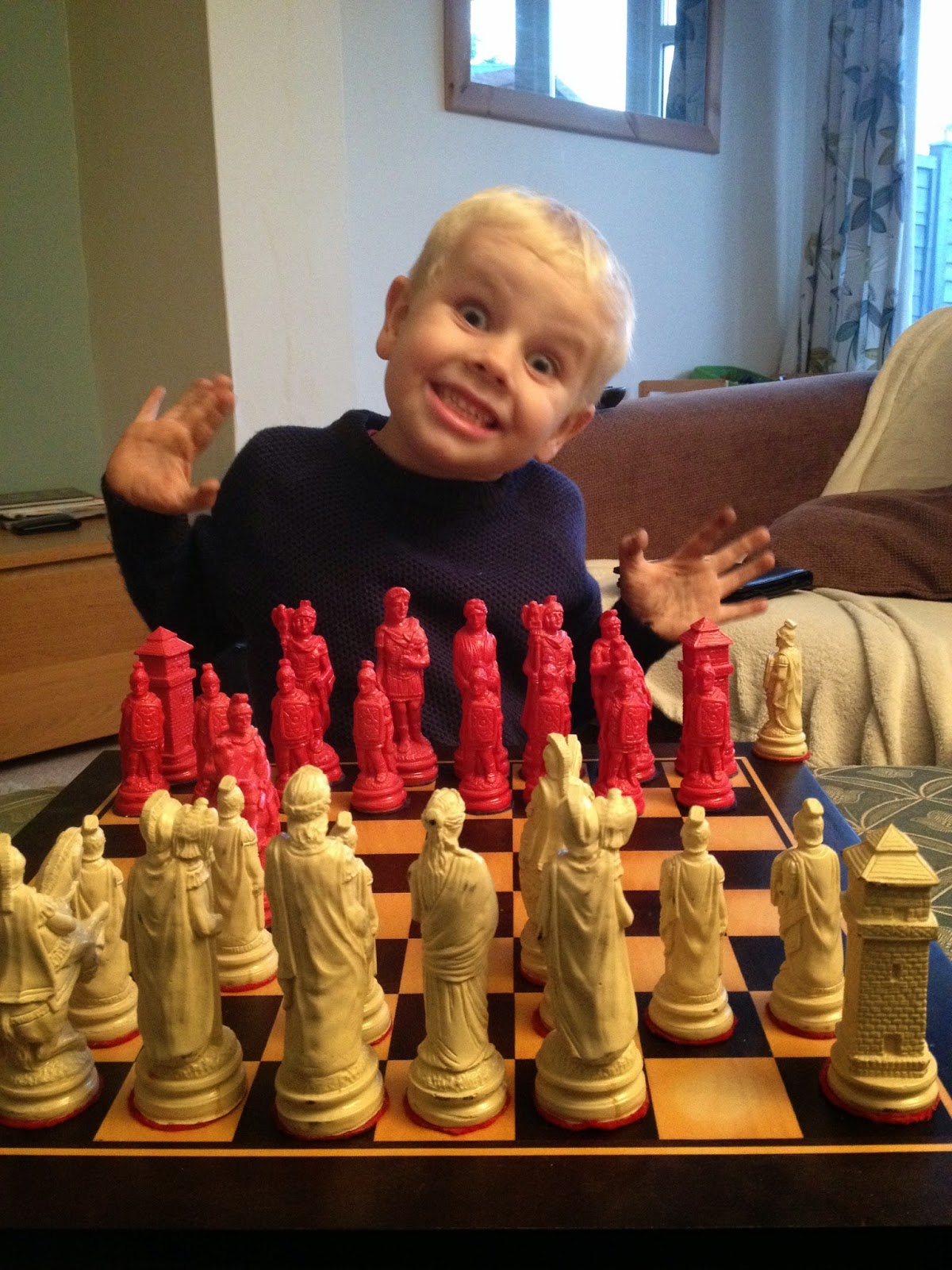 It's really only a question of prioritising our temporal things.

What matters more to me is not that the chess set gets passed from me to my son and then in turn to his, but rather that my sons learn to play the game and share in the joy my dad and I experienced together. That way our lives aren't filled with a nostalgia that longs for the past but with experiences that build on the occasions and memories of the past. The past ought not be a sacred shrine, and so by refusing to get stuck in the land of yesterday we actually stay true to the spirit of those experiences we enjoyed so much. With any fond memory we can sometimes be so scared of losing it that we bury it, but doing this only limits its value to us. We reinforce a moment's significance and worth by wearing it out and allowing it to change into something that bears all the marks of present reality. Carpets are meant to carry stains that tell a story and sofas are supposed to get worn through.


This year as I look back on my dad's death and open up old wounds my Big Idea is that wearing something out, rather than storing it away, is a better way of showing it the honour it's due.

A worn out teddy bear with new stitching, a ripped arm and an eye missing is clearly a lot more loved than one that's been kept in a box. It may not be worth as much on eBay, but who'd ever sell something that valuable anyway?

x
Riley's First Ever Game of Chess from Jez Field on Vimeo.
Posted by Jez Field at 12:27

Thank you for sharing. Your sons are very lucky to have a thoughtful, caring dad...you have learnt well from yours.

How very true your words are Jez ,you have become a very wise man ,love to all the family xx
Karen Ellis